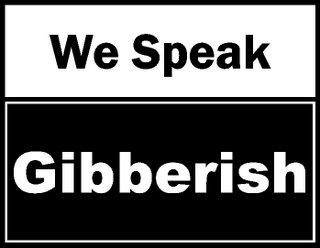 Communication is the key to working through personal issues and interacting with society.


If we no longer can communicate, we become depressed and isolated. But often our feelings are misunderstood or unacknowledged. Are we simply speaking gibberish? Do we expect too much of others in requiring them to read between the lines?
The difficulties with communication are compounded where a person has a disability (eg Autism, ID) or an illness (eg Dementia). In these instances, difficulties arise as a result of some type of barrier (intellectual or physical) between the person trying to communicate, and the person on the receiving end trying to understand the message being given.
Drama therapy helps remove barriers and allows people to express (or communicate) their issues and feelings, and give them form - often indirectly. A drama therapist is trained to read between those lines and help the client interpret what they express in therapy.
A person might create a story about an angry boss, firing an employee. This could represent a feeling of needing control, or being allowed to vent frustration and anger.
For those that are non-verbal, drama therapy provides the opportunity to use mime and gesture to convey their needs. The therapist’s response validates those actions and empowers the person. A growling lion will scare the duck (representing in a different way the same feelings as the angry boss firing an employee in the example above). Purring noises being an indication of needing to be accepted and loved.
Through positive reinforcement (e.g. responding to the person’s particular way of communicating (and teaching others how to similarly respond)), a person will start to become more interested in trying to communicate. For example, those with Dementia come out of their state of isolation, and start to get interested once again in the world around them - starting with forming sounds, they move on to seeking to initiate contact, and often begin to use words again.
By making an effort to understand apparent gibberish (in some cases, be it growling, shushing, or tapping) and seeking to remove barriers to communication, we might open up a whole new and rewarding world for all involved.
Posted by Bas van der Hoeven at 13:30 No comments:

This is a quick reflection on how families cope when a beloved member gets dementia. It takes a while to work out what is happening. When we are close to people we often don't notice changes for a long time. Eventually we realise that things are not as they should be. Diagnosis is not always easy or clear cut. We can get aggravated by behaviours that we think are unnecessary or could be controlled with a little effort. It is all too easy to get into a pattern of being irritated, angry and resentful. We forget who the person was for most of their life and see them only as how they are now.


Sometimes when someone has a terminal illness people feel it is almost easier to behave as though that person was already dead and gone from their lives. This can also happen with dementia.
And yet how much time and pleasure in that person's company is stolen from families if this happens?
We need to be supporting families who struggle to care for a dementia sufferer. At least in a hopsital setting, staff work in shifts, have a life outside and however poorly paid at times have the choice of being there. Likewise the amazing community groups who offer respite care at day centres. They still have the opportunity to be elsewhere.
Families have no such choice. Regardless of the relationships that existed before – good, bad or indifferent, there is an expectation that the family will provide.
It is much more likely that a family will find the energy and willpower to do this if they can interact with their relative with dementia in a meaningful way, a way that gives them something positive not just frustration and grief.
Dramatherapy can give that positive contact. Of course it isn't going to bring back the original person but they will see someone interesting with something to say, original ideas and thoughts and a person in their own right.
We hope that in time this method will be available to family members to enhance their relationship or even build a new one.
Everyone deserves the right to make the best of a really tough situation, not just have to keep coping with what must seem a hopeless situation.
There is a better way.
Posted by Linda French at 17:56 No comments:

Drama therapy is one of the few therapy forms that is beneficial for people with an intellectual
disability (ID).


Here in New Zealand, people with an ID diagnosis often miss out on receiving therapeutic
interventions. Frequently, they are told that their ‘psychological’ issues are disability related, and therefore, no funding is made available for therapeutic assistance.


If depression, Post Traumatic Stress Disorder (e.g. sexual abuse) or anxiety is diagnosed, no suitable therapies are provided by the Mental Health Services that hold the funding. Clients that I work with, have been offered CBT (Cognitive Behaviour Therapy), only to be told after a few sessions that due to their disability, they were unable to follow this therapy. Instead of being offered suitable ‘non-verbal’ therapies, they were sent away.


Drama therapy is a form of therapy that works on the sub-conscious layer of the thought processes. This means that changes are made and established while working in the creative therapeutic module (drama, music, art or dance). By creating a safe environment, the clients are encouraged to experience and experiment with feelings, thoughts, and issues to change their perspective and integrate new coping mechanisms.


I have listed below some of the goals drama therapy is able to achieve for people who have an ID.

Call at our main website for more material or contact us to discuss how we can help you or your organisation through out techniques.